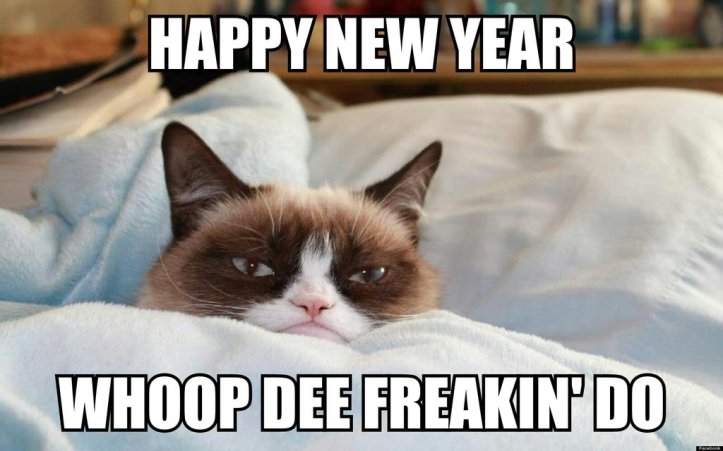 Recently, I was talking with a good friend about my dislike of resolutions. “This New Year thing? Relentless.” I sighed and put about a half cup of peppermint creamer in my coffee. “It just keeps coming at you, every year. Over and over.”

“Well,” she eyed me over her coffee cup. “It could be worse. If the years didn’t keep coming and coming, that would mean you were, you know, dead.”

I wasn’t always this grumpy.

I used to LOVE New Year’s resolutions. I would rise, nice and early, like ten o’clock, on New Year’s Day, make a good hot pot of coffee, get out my pen and journal, and draft the most epic list of do-overs, feeling all glowy and entranced by all the good intentions and kale that would be coming my way in the future.

By about noon-ish I would have remembered kale is very green and chewy, and I needed a nap from all the merry making and champagne I drank the night before, and some leftover Santa Kit -Kats would make a great lunch.

So later that afternoon, as I sat on my couch during a Dirty Dancing marathon, surrounded by little fluttering foil wrappers and Frito crumbs, I would resolve the same thing that every other amateur resolution maker has uttered world-wide:

And then, in about a week or so, the whole list would be buried under some Spiegel catalogs and I would find myself humming like Peter, Paul, and Mary, “Where have all the resolutions gone? Long time passing…”

When will I ever learn?

This year, my husband and I resolved to get up and pray together before he left for work, and I clock in here with the minions.

And guess WHAT? We haven’t done it once. First, there was the weekend, then there was the Night of No Sleeping Because Two Toddlers Live Here, and then, I don’t even remember what happened but still, no praying. I did manage to stumble in on him while he was showering and prayed while he was in there, but that was just weird, you know, because showers mean no clothes and all.

I know what you’re thinking. This is the time when the blog takes a great shift into a whole, zealous, fresh air, “anti resolution!” or “I resolve to not beat myself up!” or “here’s the best solution to being a lazy slob on ten easy steps!” kind of thing. That’s what writers do. We set you up with some scenario that you can all relate to, and then BAMMO, we hit you over the head with our brilliant idea that trumps ALL the other ideas ever, and then you think, “WHY didn’t I think of that? This is GREAT stuff. I’m gonna tweet it to all over the great interwebs.” And then I get famous and make a million dollars.

Nope. Not even gonna try.

This year, I got the flu before Christmas, and just as I was regrouping from that crazy talk, the flu decided it liked me so much that it circled BACK on me and returned right around the New Year.

And, illness likes to socialize, so my son, The Blonde, and the Big Blonde (husband) also got it. And then I threw my back out, which really isn’t so awful except it makes me sooooo grumpy, and I just kind of want to lie on the couch and binge-watch Hoarders because we all know that show makes us feel better.

Last night, as I was eating vanilla pudding and wondering why, because I wasn’t hungry, but it was there, and I knew if I was really going to start to eat healthy I needed to get rid if all the junk food first, I kind of had a moment.

I had spilled a big glob of pudding on my hoodie, the SAME hoodie I had been wearing for about three days now, and I wondered if I could  just swipe it off, you know, and eat it, and then it hit me:

Good lord, woman, get a grip.

I have a slight issue with being good. It’s because I have the brain of Cruella Deville. I am either black or white. I must run a half marathon tomorrow, and eat only brown rice and kale smoothies, and read ALL the bible, and consider long dresses and putting my hair up in a bun, and cleaning all the things…

Or  I start licking vanilla pudding off my shirt like I used to do when I was nine months pregnant (which is totally ok, at nine months, because there’s a built-in shelf there and you are miserable, so eat it however you like) and feeling glum.

I am glum. But I set myself up for glum with all this resolution business.

This blog is going absolutely nowhere, which really won’t help me make my millions, but I will leave you with this:

If you can’t do resolutions on January 1, you are not a worthless slob, even if the nutball voices in your head might disagree.

The best resolution I got today is to be a mom who listens and a wife who smiles. That’s it. And, I did some yoga and my back already feels better. So there’s that.

And I have to share with you that my family actually did make a resolution list on January 1, as we sat around eating our Stouffer’s lasagna, instead of the glorious rib roast dinner I used to try and do, back when I would start drinking around 3 pm just to just be able to make the dinner in the first place.  This past New Year’s Day, we ate our frozen lasagna and salad, and we came up with this: 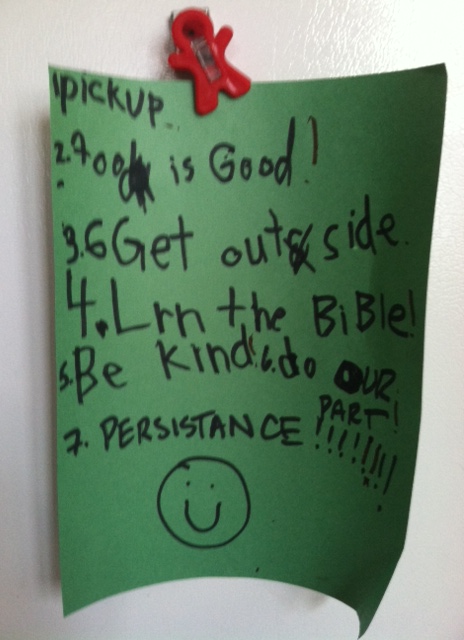 The photo is blurry because I had Red attached to my ankles, and since I am now on this “no perfection allowed” kick, I left it.

Number two is “Food is Good!” which is Blonde’s addition. He is weally trying to not be so picky. It’s good to have dreams.

Number four might be a bit zealous, but we’ll give it a go. I am thinking we’ll start by memorizing the Levitical Law.

Number one was both Red and Blonde’s first idea, because they had just finished listening to part one of the Momsie Lecture series: Pick Up After Yourself Or I Am Going to Lose it I Mean It I Will Send You Both to Military School.

Happy New Year, ya’ll. May it be blessed and rich, and may you never contemplate the symbolism in vanilla pudding the way I do. 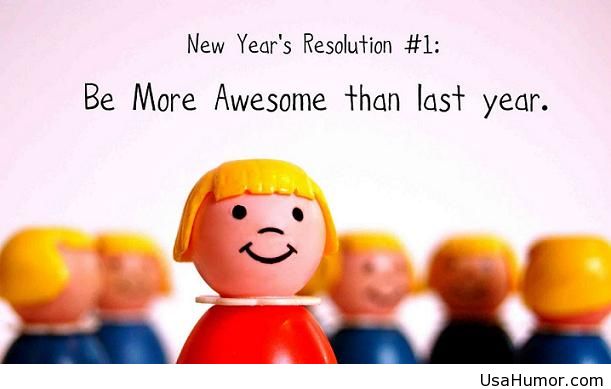 And trust me, I have not ignored one small point here that gives me hope: I didn’t drink today. Don’t really plan on doing it tomorrow, either. And that’s the best resolution on my list, forevermore.

Praise be to the God and Father of our Lord, Jesus Christ. In His great mercy He has given us new birth into a living hope.  1 Peter 1:3

Can I hear an amen?