Do you know, whenever you look up “Mommy’s Timeout” on the great internets, that this comes up? 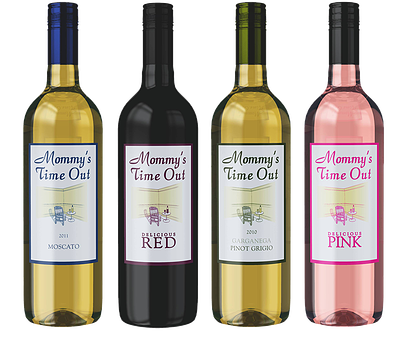 For some, this is good stuff. It’s harmless. It’s even pink!

For me? This is the kinda stuff that snuck up on me, lied a whole lot, tied me up, very tight, and then nearly put me in the ground.

I’m linking up with my favorite people today at Five Minute Friday.

Five pm. Did you know, it happens, like, every day?

Seems to me, we need to skip five pm and just go straight to seven thirty. That’s when the babies go upstairs for baths, which is when the angels sing.

‘Course, we do have to eat in there somewhere. Perhaps they can dine while bathing? It could work, right? Barbecue chicken pairs nicely with soap and water. And I can just have Reeses for my supper.

There’s protein in them.

You know how they say, “It’s five o’clock somewhere”? Well, I was, once, a big fan of those “they” people. They were on to something. A huge tumbler full of boxed Chardonney at my “somewhere” was a solid antidote to the Five O’clocked-ness of the world.

Until it wasn’t. Until, five o’clock nearly killed me.

Now, around that time, I pour about forty La Croix and cut a bunch of limes and wonder,

Why must five o’clock keep HAPPENING. IT’S, LIKE, RELENTLESS.

At times like these, I give myself a mom timeout. No wine.

Five minutes. It’s all the time I have, and it’s good enough.

Five minutes, me on the back stoop, dog sitting next to me. Hosmer quivers as a squirrel races by. And I watch as the squirrel races around the backyard like it’s had too much coffee and not enough brain cells to cover for it.

And I kinda feel for the squirrel.

Let’s face it, sometimes I AM the squirrel.

But, squirrels don’t take timeouts. I don’t think so. And yes, somehow this post has ended up about rodents with fluffy tails, but you know. That’s momsie.

Anyhow, I am pretty sure I have never seen a squirrel pause, put his little scritchy paws on his knees to take a breath, and say,

Whatever it takes, mommas. Whatever we need, because it’s a tough gig, momhood. It’s kinda relentless. But in a, soul-stretching, God-leaning, daily-praying, progress, not perfection, kinda way.

For me? “Whatever it takes” means taking my sober afternoons very, very seriously. Just thought I’d put that out there, to battle away the “it’s five o’clock somewhere,” demons. They can be pretty squirrelly.