Here’s how Thanksgiving goes down:

We all gather at my mom’s house, and eat way too much of the best meal anyone has ever had, ever in the history of ever.

I won’t tease you with the details because that would be cruel as you are not invited. But really, my mom could package this stuff up and go on the ROAD with it, ya’ll.

Mainly it’s her gravy and oyster dressing that I long for. I dream about it. The crusty, buttery dressing (NOT from a box – BE GONE BOXED STUFFING! You are evil!) lovingly made with her own bread, and sage from HER OWN GARDEN, MARTHA STEWART ARE YOU GETTING THIS? (I would like to point out that only the sage is from her garden. It kinda sounds like she has a bread garden. Oh my goodness that would be awesome.)

Well, then, there is the GRAVY.

Mom in the queen of gravy.

In fact, she could just make her own food truck, call it GRAVY TRAIN, and just pass the stuff out in paper cups.

OH! and there’s the mashed potatoes. My sister is in charge of those. I think every full fat dairy item possible is smushed in those things. Cream, butter, cream cheese, more butter… The mashed potatoes are just a vehicle for the dairy aisle, ya’ll. She could market them too. Make her own little mashed potato cups up, and load them up on the truck.  WE WOULD BE RICH. 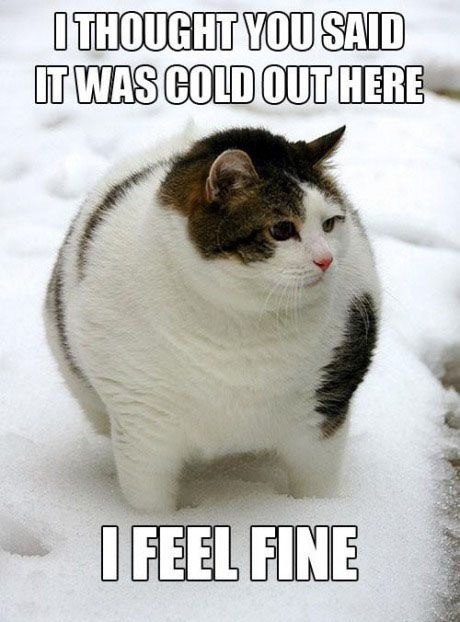 For the sake of my arteries and my stressed out skinny jeans, my mom only has this meal but once a year.

As for the rest of the year? I now have THIS:

Wooo hoooo!  There is nothing like watching a bunch of expert chefs thrown together with a timer, a cute host, and three completely wacko ingredients to really get me salivating. Or at least wishing I could cook like that. I mean, if I could come up with something that looks like THIS:

Ya’ll, the only ingredients they had to make this dish was old bologna, a turnip, and some chewing gum. BOOM, YA’LL.

I have recently found Chopped on Netflix, and I have been binge watching it now for weeks (see what I did there?? do you?? DO YOU?). It makes me hungry, but also, I just love to watch those chefs run about creating perfection from some chicken livers, half a cup of quinoa, and blueberry jam. It makes me wonder… how would my mom fare under these conditions?

Next Thanksgiving, I’ll show up with the famed Chopped basket of goodies, and watch the Mommagic. 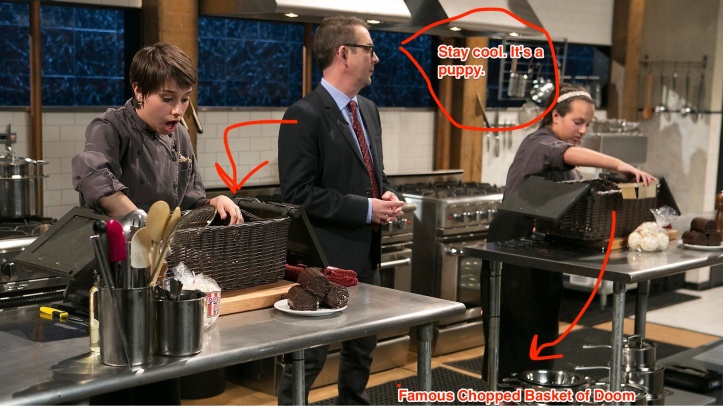 “Here Ma! Whip up some Thanksgiving goodness out of THIS:”

Disclosure: I’m a member of the Netflix #StreamTeam.  Netflix comped the service we were previously paying for in exchange for my monthly posts and ramblings about movies and family viewing.  I love this.  I watch movies and cooking shows, and then chatter about them.