I Went Away and Came Back Again. Episode #34

I think I’ve written about this before. But you guys. It is SO exciting! I went away!

And! Double bonus! I came back!

Last weekend I went away to write.

Does that not make me sound like Zelda Fitzgerald? I mean, without all the booze and angst about her husband and all. But still. It sounds so… writerly, doesn’t it?

Ok, so I packed my stuff:

Also, I didn’t read Big Magic at all. I meant to. It is a great book and I will… but really, all I did all weekend was write or watch You’ve Got Mail. And Jaws 3. Which is in 3D, may I remind you, and has some really awesome acting in it. Basically, people shouting “Get out of the water!” and staring at horror as a gigantic fake shark slowly 3D’s its way towards them. I had forgotten how good that movie is. The shark was a little stiff but perhaps he just needed to work on his motivation.

Anyhow. I also wrote. I went to a hipster coffee shop, plunked my stuff down, and wrote my hands off.

The poor focus on this picture is not because I am a bad photographer. It’s symbolic. It’s showing you, dear reader, the very writerly PROCESS I struggled THROUGH to try and make this book something with some SORT OF FLIPPING POINT BECAUSE MY GOD PEOPLE I AM SO STUCK. I HAVE WRITER’S BLOCK. IT’S NO LONGER A BLOCK IT IS MORE LIKE A BOULDER. HELLLLP.

So, then I administered about six cups of very strong coffee:

And after a lot of flipping back and forth between my writing timeshare with the Facebooks, I then spread my crap out even MORE (All the while muttering: “I don’t CARE if it was annoying fellow coffee shop hipsters, this is IMPORTANT. I am a WRITER, people. THIS IS MY CRAFT.” Which really worked because people kept moving away.)

I celebrated with carbs.

I now notice that Porters, next door, was offering nachos and a pitcher AND hiring… which I could always pursue, you know, if I can’t make it as a writer. 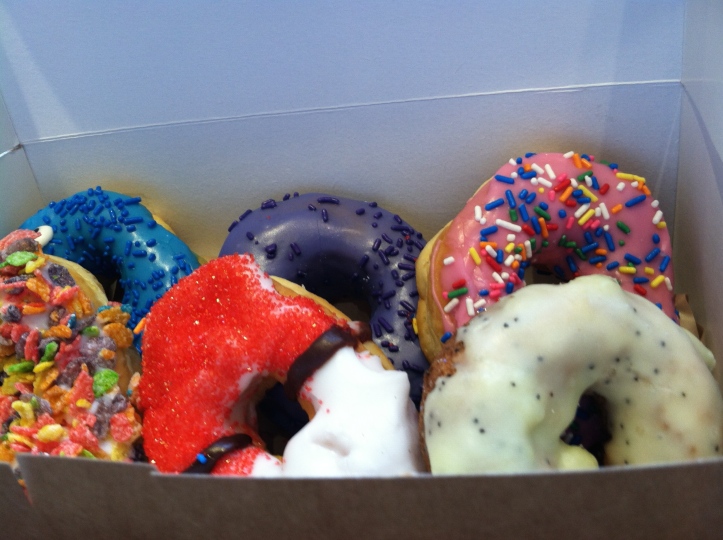 As I had not had carbs in over a week, it’s possible this was a mistake. But I only at ONE. I promise. (Lower right, lemon cream. Oh my goodness. Heaven.) The rest of the box I faithfully shlepped home to mah babies.

Yes. I did come back to them.

And now the book is well underway, the blockage is over, and I am just spewing writing all over the place. Lovely analogy, isn’t it? Really has great imagery, doesn’t it. That, my peoples, is what we writers do.

We constantly attach too much meaning to everything and end up with poop metaphors.

So, The Second Book is on its way. I now I am thinking of some possible titles. What do you think?

All about MEEEEEE!  Part 2.

I Know I Have a Lot to Say, Don’t Leave

Being Me is Very Difficult Let Me Tell You Why