I’m going to blame all of this on Harry and Meghan’s wedding.

And on Lifetime television, which is to blame for so many, many things.

Also, on my children because why not?

Perhaps the dog was involved too.

So, last night as I was sitting on the couch, trying to write an article about prayer and other highly spiritual matters, I flipped on the television (I know. It’s not the best practice to have the tellie on whilst trying to write but it was 8 pm and let’s face it, I wasn’t aiming for a Pulitzer at that point. I was hoping to stay awake and also somewhat intelligible, all at the same time. Thus: Project Runway! It keeps me awake because Heidi’s voice is just scratchy enough in the background to keep the synapses firing. I don’t really watch, folks. I just listen to them cattily eye each other’s work while I type away, until the runway show where they’ve created a wedding gown out of tinfoil and dog food (and yes that has actually happened on that show)

Oh wow. I just put a parenthesis inside a parenthesis without really realizing it. Perhaps I should get back on track. Not even gonna fix it though. I’m gonna own my nutball grammar. That’s how I roll.

Back to me and the couch and scrolling through Lifetime. There it was: that terribly accurate movie about Harry and Meghan. It was just sitting there, in my cue, with the actor/Harry looking all handsome and red-headed and British and royal but yet still rebellious AND sensitive all at ONCE. Yes, also, Meghan actress was great. But HARRY. That’s the stuff, right there. And so, I clicked on it.

But, as so often happens when I just watch something (I put the Pulitzer wanna-be article aside, folks. Harry/actor needed my undivided) I started to feel a bit… peckish.

Ok, that’s not really true. I had a great dinner. I was totally full, actually. But I just wanted to munch, you know?

And then… I ate our kitchen.

If I’d had the chance, and it wouldn’t have been weird, I woulda gone next door (but only during a commercial break!) and eaten their kitchen too.

I am not even going to trouble you with the details of what I inhaled, but let’s just say that Cool Ranch Doritos were involved and I actually don’t even LIKE Cool Ranch Doritos. In fact, I would say? Not much of anything that I scarfed down last night (during the commercial breaks! Of which there were a lot! Unfortunately!) was really all that yummy. I dunno. Is a half of a hamburger bun smeared with honey, yummy? It seemed kinda pathetic, my bun, and all it’s honey.

Backstory: Wayyyyyy back in November I told you about some changes I wanted to make for me. Issues with health and food and my ability to procrastinate so hard on some things that it could be my own Olympic event where I could win GOLD. Which, if you think about it, isn’t so bad… a gold medal and all. But I wouldn’t ever get around to actually winning it.

So, November, I started to do a few things, reallllllly slowly:

What I’m trying to say here is that I had finally gotten to the point where I needed to address some stuff in my life. And life, as it tends to be, made this hard.

(My husband would like to insert here that it wasn’t “life” it was ME. I make things harder than I need them to be. He says this to me once in a while and I roll my eyes at him and flounce out of the room in a huff. I would like to establish again that it was LIFE that did this to me, and my tendency to overthink and mull and perhaps worry a bit too much had NOTHING to do with it. Flounce flounce flounce. )

The hard truth of it was this: I had gained a heck of a lot of weight and I’m short and I was feeling rather awful about it all – both physically and mentally. You know the feeling. When you avoid reflective surfaces and your pants start saying prayers before you tug them on, and walking the dog makes you question why you have a dog.

Pair all that with this whole public persona thing that goes along with being an author of now TWO books (coming out in August, I promise. I did not make this up). = negative self talk and some really bad choices involving fried chicken.

Y’all. I have issues.

I know this comes as life-shattering news to you.

I think it all sorta stems from the being an alcoholic thing, but I want to tread lightly there, because far too many people in recovery get sober and then think, “Well then! Let’s fix ALL the things!”

No. Nope. NOPETY-NOPE, sober people. Slow down. Getting sober is hard enough.

But, I have some years in recovery, now. And it was time. My heart was telling me. And if I had learned anything in recovery it’s that when your heart says things like, “Dana? You are making yourself sad. Let’s work on this,” I have to listen.

And now it’s May. Seven months later. And last night I ate New Jersey. What can I say? I TOLD YOU I WAS MESSED UP.

I have, also, lost quite a bit of weight since November. I have found muscles again. It has been a process.  A long one. It has involved not a diet or a plan or rice cakes or any of that. It’s involved me trying to figure out me, and that’s not been a heck of a lot harder than eating rice cakes.

I am going to write more about this. I need to. I might even tell you what I did and why and how and all that stuff (people always want to know the ins and outs, and I get that). I just wanted to talk about it what I’ve been figuring out.

It has to do with understanding Enoughness. And yes, that’s a made up word but it’s my blog.

So, this morning, as I am sipping my coffee and contemplating a run with thighs that don’t argue back so much as they did in November, I thought I’d tell you one part of the journey that has finally, FINALLY  made sense to me. And it’s this:

When you eat New Jersey, you don’t have to eat the entire eastern seaboard too.

And you can forgive yourself.

And also? It’s a metaphorical New Jersey, so there’s thank God for that. 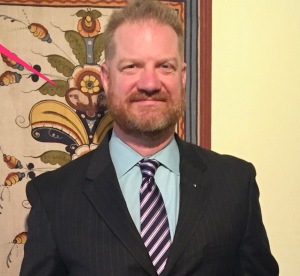 I will now start referring to myself as, Her Royal Highness, the Duchess of Momsie.