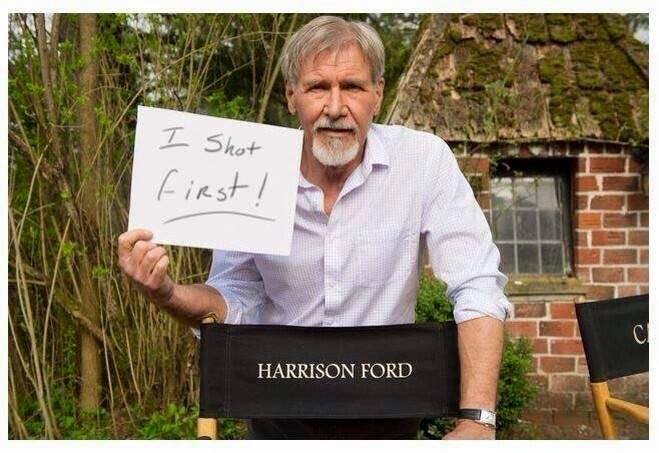 The Blonde has been struck down by a fever and sore throat. I have slathered him in coconut and peppermint oil because I am a Good Mother who uses All Natural things like that, and also I saw it on Pinterest.

Also, the doctor will give us the pink sticky stuff probably on Monday and I’ll give it to him. I like to ride both sides of the fence on this. Cover all my sick kid bases, as you will. It is important to note that with the peppermint oil situation my son smells like one of those Christmas in July stores and I just keep pressing him to my bosom and softly humming “Mary Did You Know?” which is confusing for him, but nice for me.

Right now he is watching Star Wars and eating barbecue so I think BY GEORGE THE PEPPERMINT OIL IS WORKING.

Ok, but let’s get down to business.

There are two schools of Star Wars. The original ones, that came out when I had a Dorothy Hamill haircut and wore velour a lot – this one: 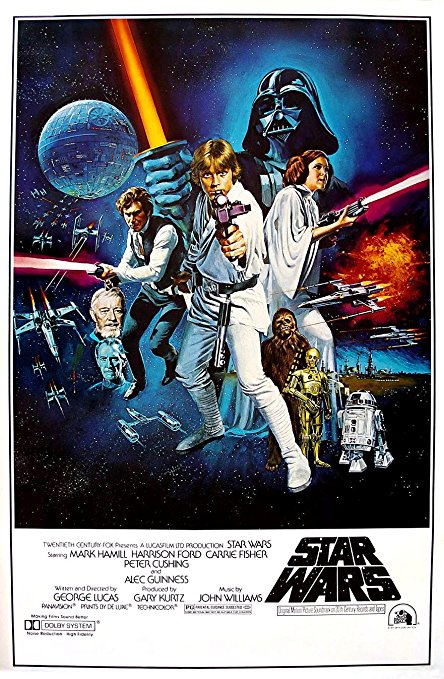 And then, there are the Craptastic ones – the whole wooden-acting, Annakin Bowl-Cut, CGI instead of anything remotely interesting ones. I won’t even put a graphic. No, I won’t. They don’t deserve it.

(You may be wondering, why so bitter, Momsie? You, who are so nice about all things?* Well, I’ll tell you: Because it is my outlet. It’s that ONE area of my life where I get to just UNLEASH THE HOUNDS. I basically have put every single injustice of our world and funneled all that into these three movies. It’s so totally unfair and there’s probably some art director in these movies that would be just so wounded by all this venom, but let’s face it: They have moved on to doing CGI for the Avengers or something and are far too famous for this blog.)

(Also, the husband bought the three dvd set because it was on sale. They were on SALE. Star Wars should never go on sale. It is a RED FLAG if it goes on sale! This is BARGAIN STAR WARS AND I SAY NO.)

But, alas, my sweet family does not say no. So what does the Blonde pick when he is sickie and can watch a movie?

We have watched this movie crackamillion times. Like, crackamillion. They love watching it with me because I know every woodenly-acted line, and I make sure to interject my own mutterings to things like this:

Annakin Bowl-Cut: Oh mom. I have to leave with the Liam Neeson Mullet and so this is the scene where I won’t see you ever again and I need to look sad.

Mother: Oh Annakin Bowl-Cut, I know. You are trying so hard to look sad. Don’t worry. You won’t see me again until I’ve been abducted by those angry sand people and you’ll be so upset but your acting won’t really let us know any of that. It’ll just come across as whining. So annoying.

Mother: Oh-ok? So, we’re done? Right. I’ll be burning my Actor’s Guild card after this.

So, while we’re watching (I’m not watching; I am stonily refusing to look at the screen and am typing this instead because I am above all this) I notice there is also one other component of blech attached to their viewing pleasure:

They have turned it up really loud.

Like, super loud. Because nothing embellishes that pod-racing scene that goes on for about sixteen minutes longer than it needs to like leaning on that volume button.

So, I decide to turn it down just a squeencie-teencie bit because I don’t want my brain to start leaking out of my ears. And then, my husband says it.

He asks for the remote, and he says,

‘I need to turn it up. I can’t hear what they’re saying.” 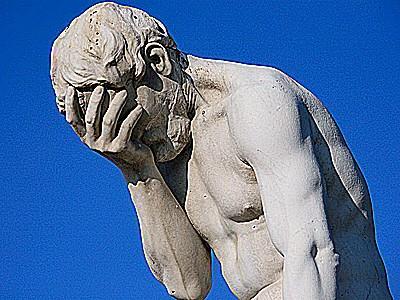 Lord, give me strength.

*It’s possible not all other things. Progress, not perfection, Momsie.

And now, a small commercial break:

Ok, here is also this, because I was just so happy and I couldn’t help but share it. Social media, as you know, makes me most happy when people share their glories. And cats in pajamas. Both. So, here is something that is the jam on my toast, y’all.